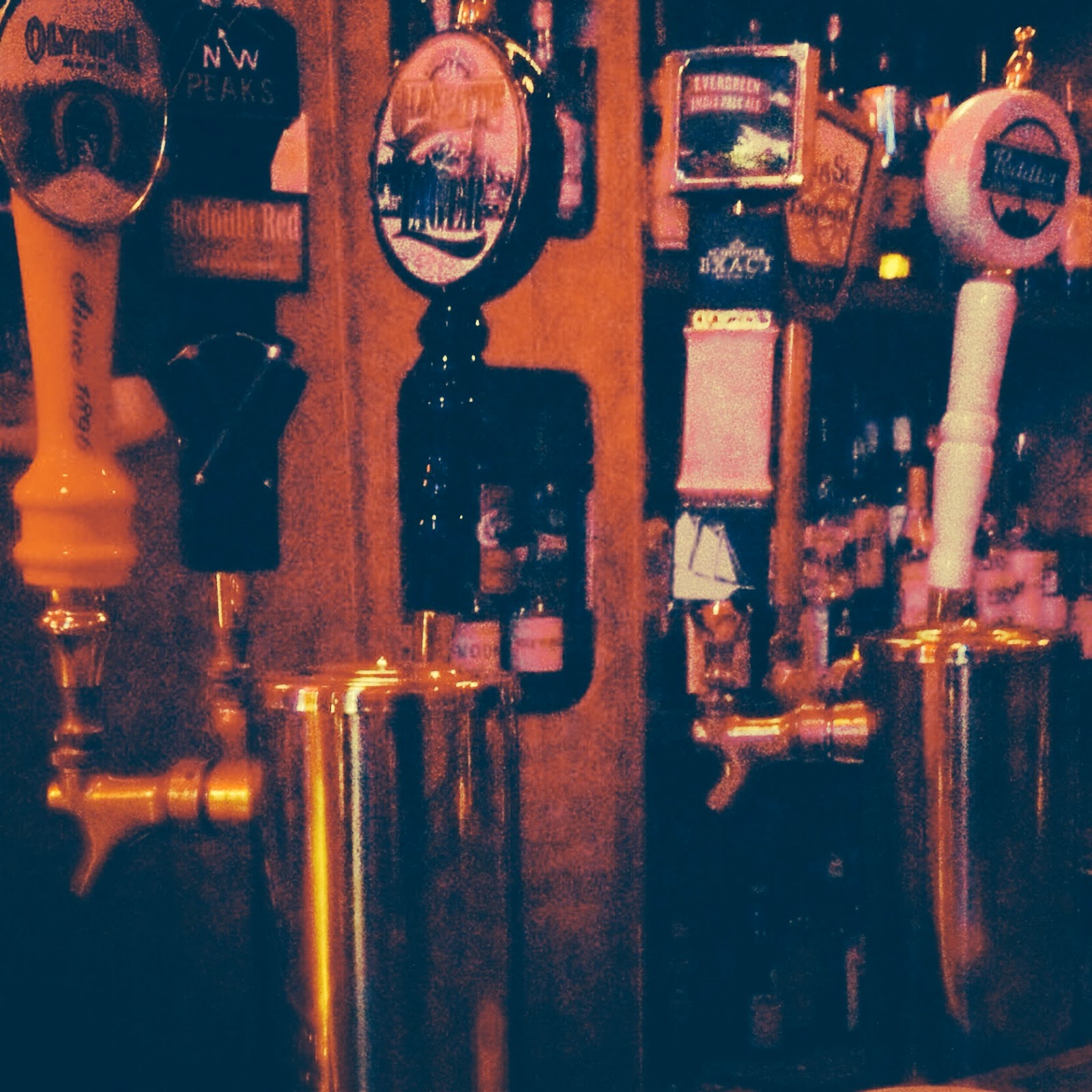 There are plenty of reasons to dislike Speckled & Drake. They have DJ and karaoke nights, they attract a young, annoying crowd (although I went there on a Saturday night, so things are probably different during the week) and they have a vibe that's typical of places in Capitol Hill that my lady Francesca calls "blue-collar kitsch." Not sure exactly what that means, but I kind of get it: the place has a duck and duck-hunting theme, a "shot-and-a-beer" menu and bartenders and patrons who sport trucker hats or ironic hairdos.

Petty gripes aside, I like this place. I appreciate the simplicity of it, and I like the whole shot-and-a-beer thing. It's the kind of drinking I like to do. When Francesca and I came in, I couldn't see the dimly lit chalkboard menu of shot-and-beer combos above the bar, so I just ordered a shot of Buffalo Trace and a can of Hamm's. Francesca got a gin and tonic. Total for that was $13, which is reasonable. If I'd seen the menu, I could've opted to go cheaper with the $5 Round Here (Rainier tallboy and shot of well whiskey) or $6 Fisherman's Friend (pint of Oly and shot of well whiskey). Higher-end options included the $11 Horny Woodsman (Rainier tallboy and shot of Woodford Reserve bourbon).

If you want to go off-menu and get a mixed drink that doesn't have cheap well booze, there's a small but solid liquor selection. In addition to the Rainier and Hamm's in cans, there are six beers on tap and they keep it local: Oly, Schooner Exact King Street Brown Ale, Maritime Old Seattle Lager, NW Peaks Redoubt Red, Schooner Exact Evergreen IPA and something from Peddler. I bet the Oly is always on and the other five rotate.

I'm looking forward to coming back to Speckled & Drake and having a shot and a beer on a Monday or Tuesday. Be willing to bet that the things that annoyed me on a Saturday will be absent, and I'll be able to relax and have a good time.
Posted by Chris Devlin at 10:55 AM