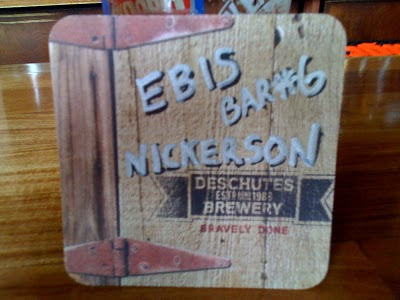 I probably shouldn't be writing about Nickerson Street Saloon & Grill because it's more of a family-friendly eatery than a bar, but I didn't know that beforehand. I'd met up with Urban Beer Hike Dave in the midst of a 12+ mile beer hike and it was close to his planned route. 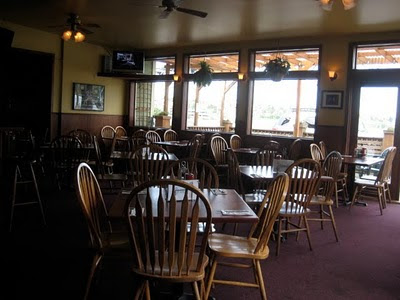 We wandered in on a sunny Saturday afternoon and the inside was dead, with only a few people at the bar and tables. The bulk of Nickerson is table seating; there's also an area with a big screen TV for sports. The full bar is a narrow slice of the interior with mirror seating areas on each side. Most people were out on the patio improving their chances of skin cancer. 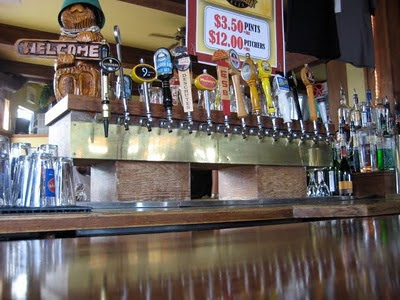 The beer selection is pretty good: 14 taps that included Deschutes Hop in the Dark, Lagunitas Hop Stoopid, Fremont IPA, two Georgetown beers and Sierra Summerfest. I had a Hop in the Dark and Dave had a Snoqualmie Hefeweizen served with a lemon wedge, which I was glad to see him toss aside.

Not much to say about Nickerson, really. Nice beer selection, but more of a restaurant than a bar. Also, maybe I didn't give the place its due since we went in the midst of a pub crawl. I might end up here again, but probably won't make a special visit.
Posted by Chris Devlin at 11:37 AM